Mother's Day and a Landmark 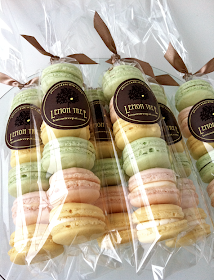 Remember about three or four weeks ago when I was just back from vacation (*sigh* vacation) and I mentioned I had hit the ground running? Well, little did I know it was a marathon I was running and I haven't stopped yet.
This week - week four of said marathon - I hit a pretty big mark on the patisserie bake-o-meter (I just made that up, but now I kind of actually want a bake-o-meter in the patisserie). 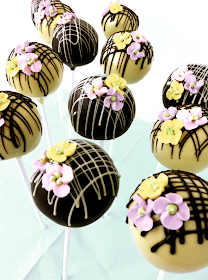 This week, after four consecutive weeks of fierce piping, baking and sandwiching of little macarons, I hit the 3000 mark and then passed it! That's right, in four weeks I have made over three thousand miniature french pastries that have all been sent off to loving homes awaiting their delicious fate as dessert. 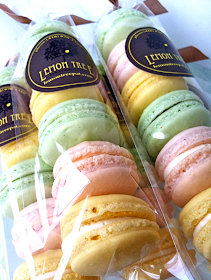 Now, that may not be a big deal to some other bakers who can turn out a thousand a week, but for a little one-woman operation (yep, it's just me here!), I'm pretty happy with that accomplishment. 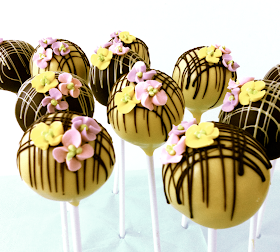 Anyhow, you may find, strangely enough, that I'm still running out of macarons at the market pretty early in the afternoon on Saturdays and I expect the same will be true tomorrow. About half of this week's production has been sent over to the Petite & Sweet pop up shop at Holt Renfrew on Bloor Street. Make sure to drop in on them and see the gorgeous desserts they have to offer too.
And with Mother's Day in mind, you'll find some specially packaged macaron gift boxes and bags at the market plus those pretty little cake pops decked in flowers for mom.
Market Menu
Mother's Day
Macarons
Salted Caramel
Mint Chocolate
Mocha
Lemon Meringue
Roasted Pistachio
Raspberry
Cake Pops
Chocolate or Vanilla
coated in white or dark chocolate

See you at the market!
Cheers,
Kelly
Kelly at 5:03 PM
Share